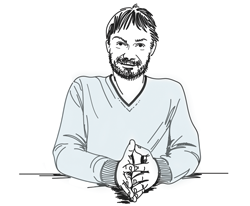 Purporting to use an alien experience, people imitate each other’s deficiences and finally arrive to realising their own failures. Sometimes they call it victories, but the time proves that the question was not concerned with rightness or wrongness, but with the least possible number of mistakes.

Not knowing the right choice, we support contradicting views to make out the working of opposing social systems. Experience always lead people their own ways to the truth of this world; we always join together according to our beliefs and tried to enforce these beliefs on other people.

And always there is a leader, who has the courage to make choices and unite all others, therefore breaking the society into gangs, countries, confessions and ideologies. One way or another, the world in XX century was divided into halves up to 1991. “We give you liberty and human rights”, said the ones.

“We care about you all”, said the others.

The ones talked about even chances to gain success, the others — about the equality of living standards

The ones gave the freedom to earn and spend money, the others gave for free the goods and services of poor quality.

The two worlds always look at each other with hidden hope and always wanted to feel the experience of other. Those, who worked for money, wanted to have it all for free, and those, who had poor goods for free, wanted to have the goods available only on the other side of the Iron Curtain.

In is difficult to tell, which was stronger: the greed of those, who lived according to the general plan, or the weariness of those, who were forced to chase the money to pay the bills and to maintain the social status.

Two imperfect halves of imperfect social world opposed each other, and each wanted to gain supremacy.

More specifically, it was not opposition between systems, but between people. And naturally, the people wanted to gain supremacy. Notwithstanding of numbers, the question will remain even in case of the opposition between two men.

People live with their delusions, they make mistakes and painful decisions and return to the initial point until they gain wisdom. But only a few had gained it. Much more had came to different fallacies. But at some time the choice between the power, declaring the social equality, and individual prosperity was made in favor of the second.

It was the matter of jumping over the Iron Curtain and join the other side. But the leaders of the opposing side decided to change rules on their side and imitate their rivals. The opposition was over. The two worlds became one.

It may be not so bad, but the choice between two shadows of reality was made ib favor for the one shadow.

The world not found the truth or conformity of delusions. The meaning of system, existing on opposition, was lost. The collapsed part of it continues to imitate the perceived order of the other side. The surviving part rushed to the construction of a new world. The economic gamble lost its meaning in the absence of leading player, the game of opposition was over with nothing to oppose in global scale. The world was monopolized and the winner started to develop the tools and building blocks of a new society. It emerged that those, who give in without a struggle, simply wanted to change sides with the least efforts.

The “new other side” couldn’t accept consequences and remains at the gamble table, demanding to continue the game.

What next with this world?

The generation of profit lose its point for manufacturers, the market had disappeared. The people remain, and they want to live and eat, but they have no business to assign. The number of people not involved in manufacturing steadily increases and nobody knows what to do with them. It is possible to feed and comfort them, but without meaningful work they will degenerate. And the hungry animals make much more threat than the satiated ones.

“Two ideas soared above the planet — the idea of increased consumption anf the idea of speculating on the achievements of modern civilization”.

The new members of economic affairs don’t want to believe in the end of enrichment model: they demand to return the past time, which they contributed to destroy. They got used to grow rich, to rule and to seize all within their reach. They want it further. But the world changes regardless of our delusions. While each man goes his own way, the life has its own. And the inevitable came: an educational chasm had formed between technological and scientific cadres and the laymen. Technological cadres were ever replenished by gifted people from laity. But when the educational processes were stalled for making more consumers, the chasm became so wide, that the lack of human resources stalled the technological progress.

The money had lost its meaning; the real currency were the people, but they mostly were degraded to animal level. The crisis had multiple consequences. Speculative collapse caused devaluation both money and human resources, useless for development and capitalization of technology.

The world wished to draw back, to return the former prosperity, if not technological progress. The official authorities, army, police and parliament were useless to change the people’s minds and indicate the rational vector of development. The worldwide regulators of speculative economics were unadjusted for this task.

The high demand for human resources was impossible to satisfy. Scientific knowledge and social programs were contaminated with consumerist ideology and solving of fictional problems.

Most territories banned the agricultural production even for personal use. The management of human resources was degraded to the “pot of soup” level. There was a growing fear of responsibility for using the economic measures against people. Fear of chaos. Living one day at a time. Unwillingness to prepare and use the intellectual resources.

The power players began to build “The Axis of Evil” to make war. Sects and dissenters multiplied.

The states virtually lost its status and to all intents carried only the policing role in regard to population.

The nations changed one worthless leader for another. Involvement in economics forced the leaders to place the burden of their mistakes on their subjects.

The crime became really organized. The whole armies went in control of criminals.

Then out of the blue appeared some named Kokhan.

He is a real engineer without big regalia, doomed entrepreneur, dilapidated by the tax authorities.

The common people of the planet Earth remain the only hope for the future generations. They are the only ones, who can stop the madness before in would be done by the forces of Nature, destroying all around by annihilating fire.

Only the common people can save the planet Earth, and namely — you can do it. Whatever your name or profession, you are the next Kokhan. You will make what others couldn’t make, you will do what no other has done before.

Understanding the problem is the first step to solve it. The Russian philosopher and social engineering specialist Anatoly Kokhan offers the conception for changing the modern world.

You came to save this world. For that purpose you came to contribute your talents in International Social Government of Anatoly Kokhan. You came to make this world a better place for living. 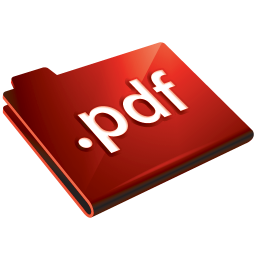